José Sauleda, General Director at Sauleda, and Valentí Oviedo, General Director of the Foundation of the Gran Teatro del Liceo, have signed a collaboration agreement whereby Sauleda becomes a protective entity of the Liceo. Thanks to this agreement, Sauleda becomes part of the group of companies that support the activity of the Theater and contribute to the promotion of culture and opera.

The Liceo is an institution that has a very significant and symbolic identity. A living and open institution, with a strong commitment to society. Probably the most effective and lasting cultural reference in Barcelona, ​​a theater without borders capable of generating added value and cultural trends.

With the will and desire to continue building the history of the Liceo together, we have joined our forces in a patronage program that helps ensure the sustainability of this great cultural project that is the Liceo.

A new bonding collaboration on the part of Sauleda with connects the culture that fills us with satisfaction and enthusiasm for the future. 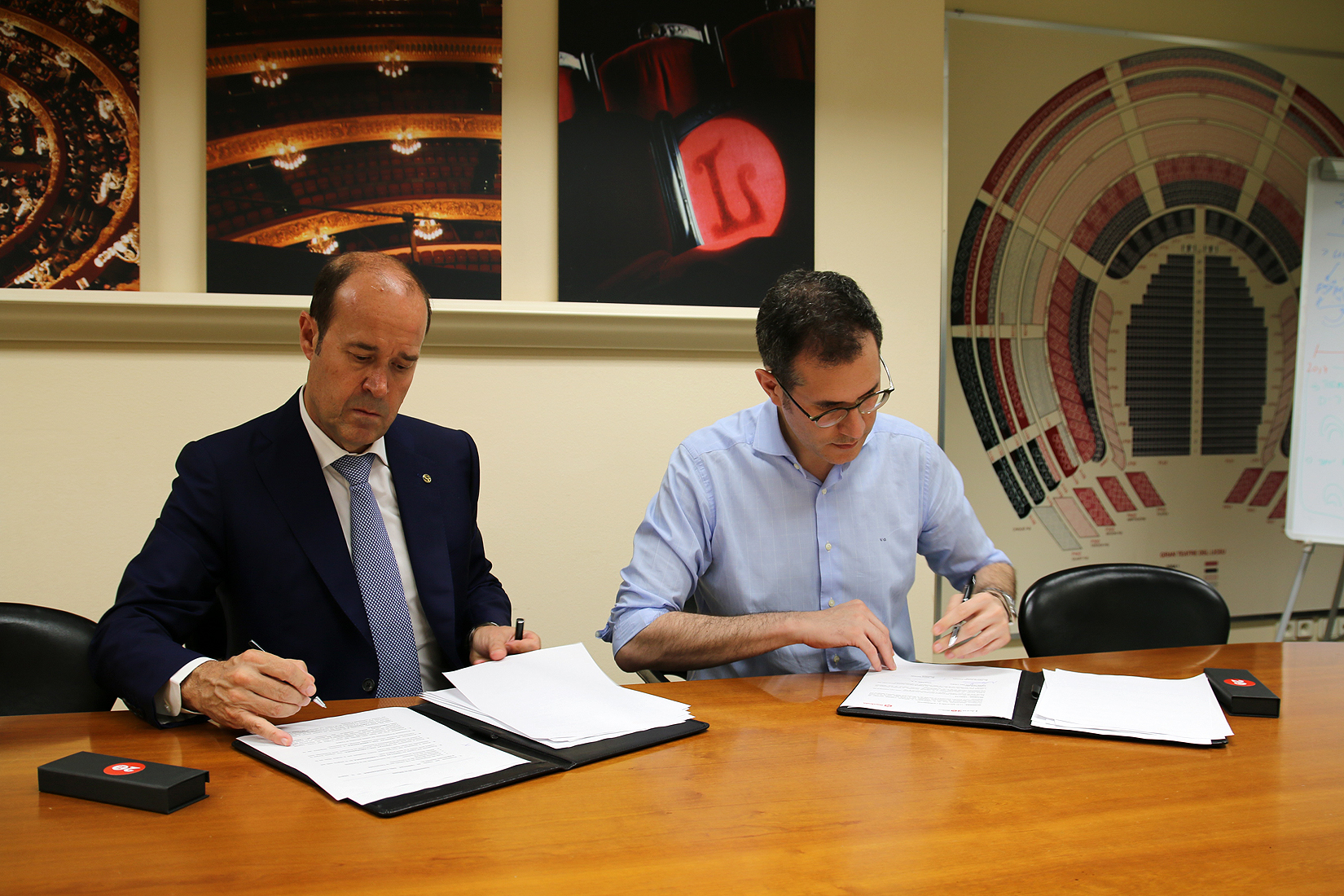 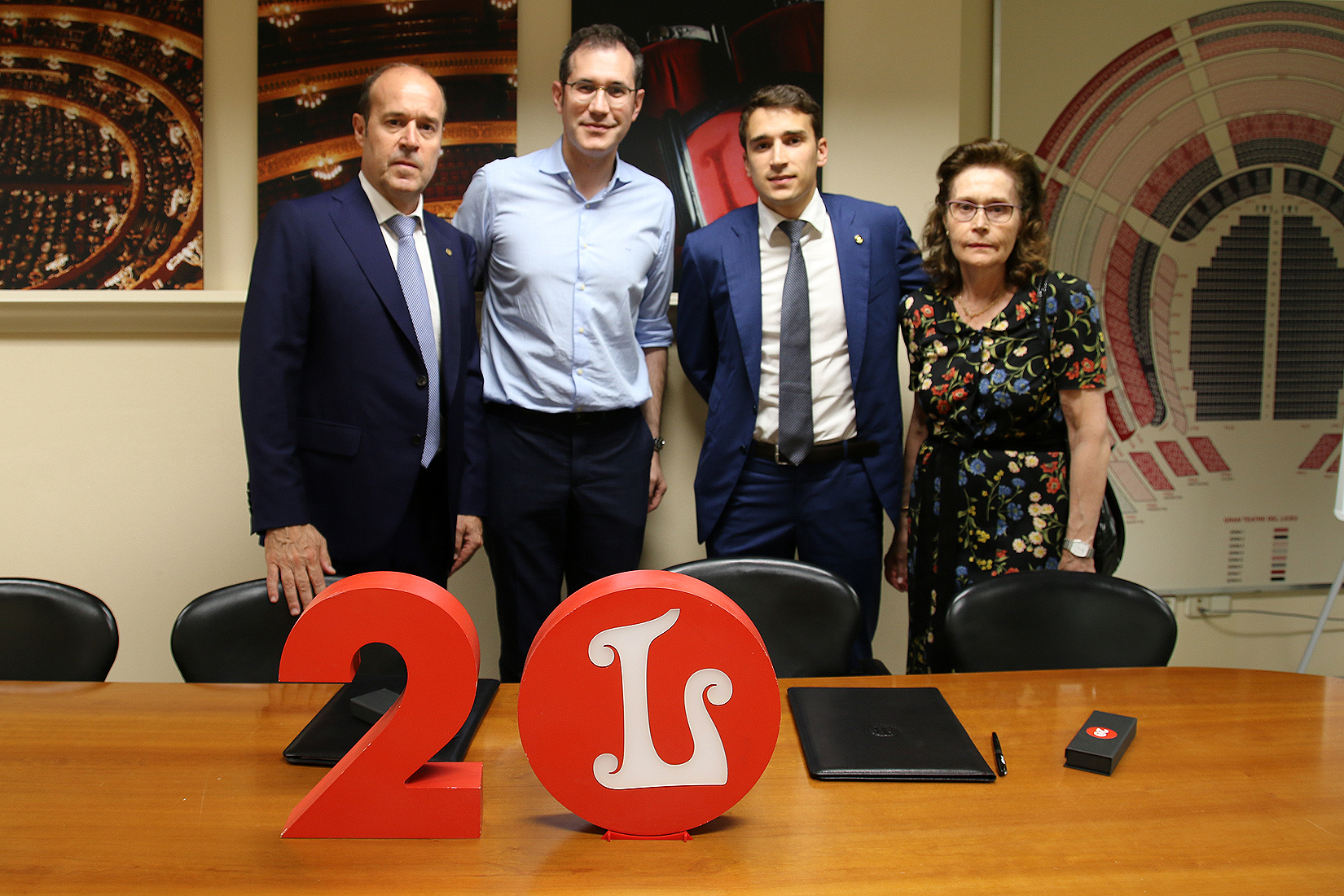 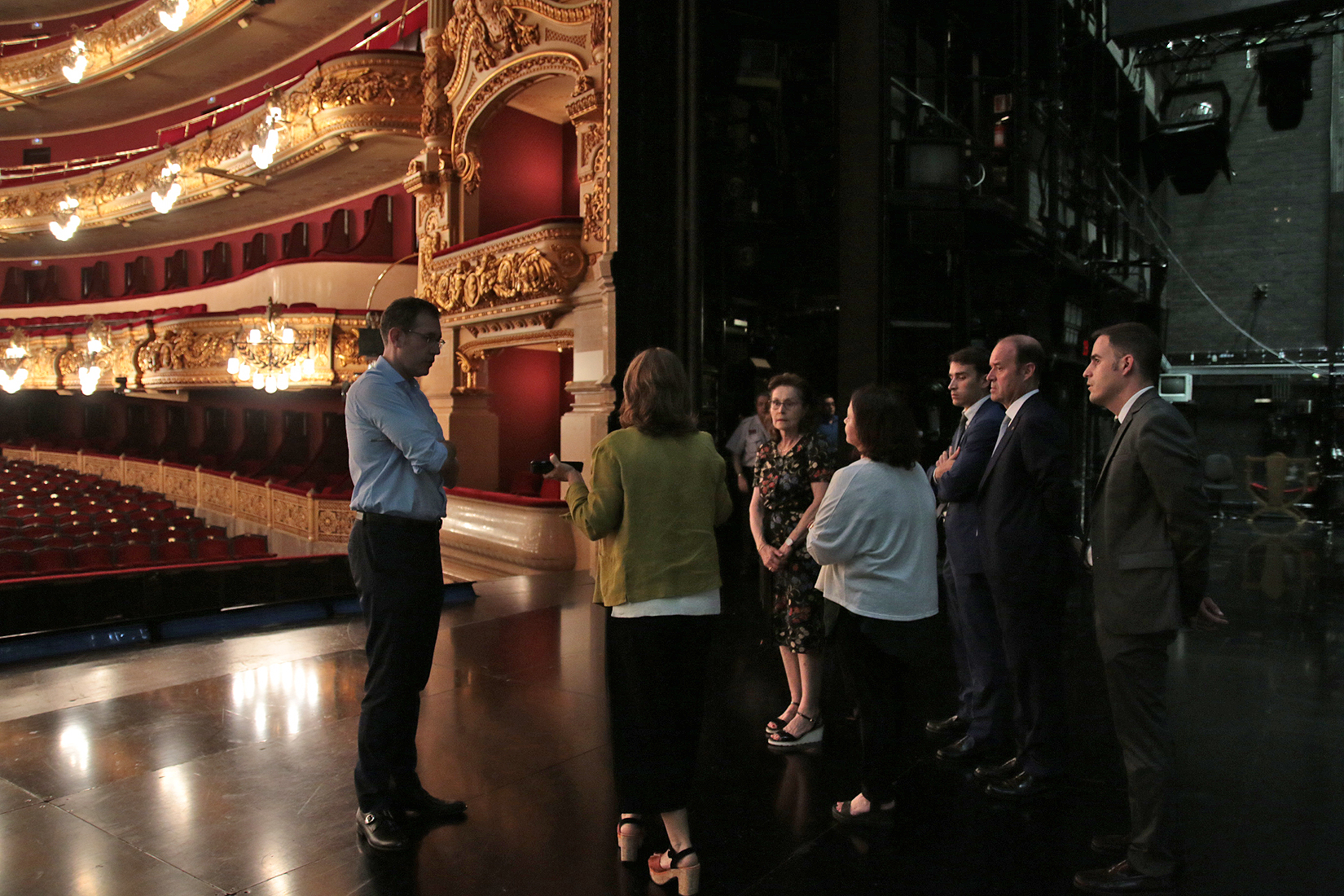 BRIEF HISTORY OF THE LICEO

The Gran Teatre del Liceu in Barcelona is the oldest and most prestigious opera theater in Barcelona, ​​and one of the most important theaters in the world.

Located in La Rambla in Barcelona, ​​it has represented, since 1847, the most prestigious works by the best singers in the world. It has also been a symbol and meeting point of the Barcelona society in its time.

The Liceo has its origin in the Dramatic Amateur Society, created in 1837 by members of the National Militia, an organization of armed citizens of liberal character. The need to create a music conservatory (1838) led to the conversion of the Barcelona Philharmonic Liceo of Queen Elizabeth II, which added to the cultivation of the theater with Italian singing and music.

The success of the Philharmonic Liceo led to the construction of a new and ambitious theater, worthy of the importance of the city, which has lasted for more than a century and a half, on the site of the former Convent of the Trinitarians of La Rambla

The first building, inaugurated on April 4, 1847, was built according to the plans of the architect Miquel Garriga i Roca. The project was financed by mercantile shares -which entailed the private ownership of a large part of the boxes and seats of the future theater- that gave rise to the Society of the Gran Teatre del Liceu, called the "Sociedad de Propietarios".

The exploitation of the Theater was entrusted, from the outset, to the shows' concession companies, which had the obligation of offering a certain number of performances, receiving, in return, the income from the sale of the localities not attached to the Company. This situation lasted until 1980. 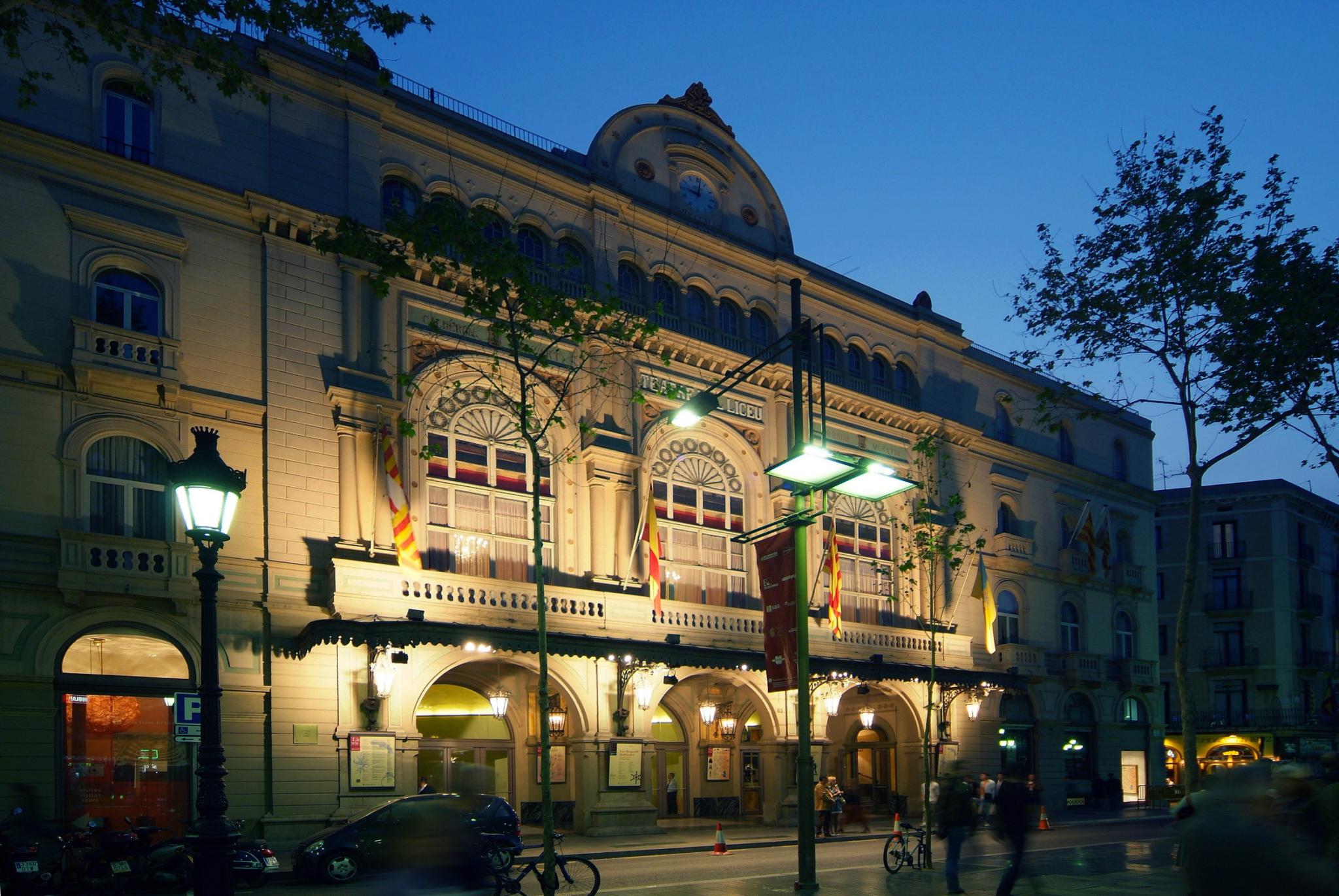 THE CREATION OF THE CONSORTIUM

The fire of January 31, 1994, which destroyed the theater and the stage, caused an extraordinary emotional impact throughout the country and radically restated the very existence of the Theater. In order to rebuild, improve and expand this emblematic building, the Foundation of the Gran Teatre del Liceu (1994) was created.

From the pre-existing project of Reform and Expansion of Ignasi de Solà-Morales, the reconstruction was carried out, and the new Liceo -with an appearance faithful to the previous one but endowed with a very advanced technical infrastructure and extended with the neighboring lots of La Rambla, Calle Sant Pau and Calle Unió - opened its doors on October 7, 1999. 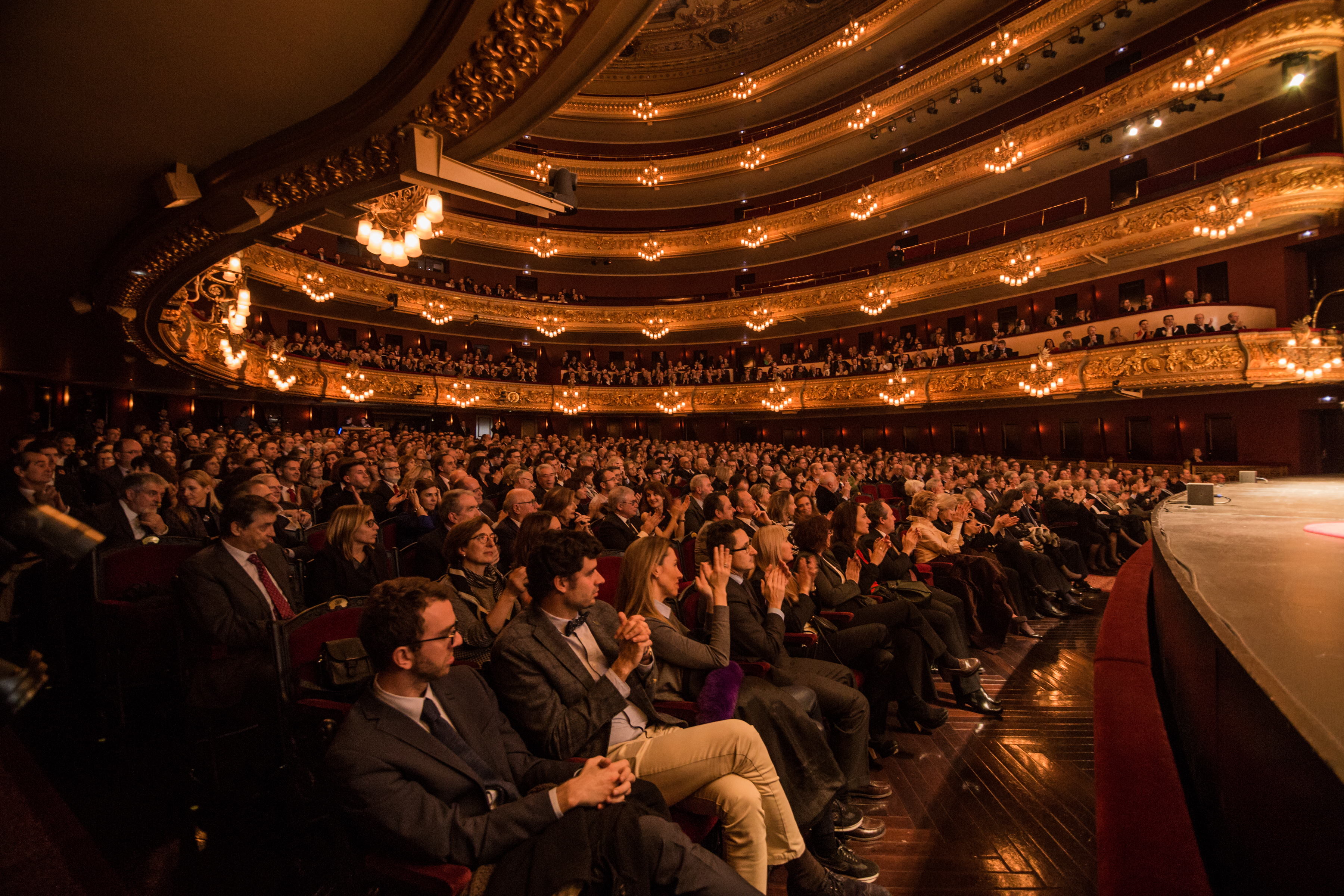